Conditions for Treatment of Medical Massage

OVERVIEW OF CHEMICAL AND MECHANICAL PROCESSES OF THE PAIN MECHANISM OF SOFT TISSUE INJURY.

Polarity of Metabolites and Blood

Diffusion is even scattering or an equilibration across a membrane.

If bloods delivery to tissue cells is impeded, the tissue will not be able to receive the appropriate nutrients, oxygen, minerals, hormones, etc., nor be able to get rid of its wastes. Imagine if you didn’t eat, drink or breathe, and also not be able to eliminate your waste, you wouldn’t be up to your highest ability to perform your normal daily functions.

A reflex arc is a one way route to and from the central nervous system. An afferent neuron is a sensory neuron. When intense sensation occurs (e.g. pain), Sensory information comes into the spinal cord and comes out ten times or more stronger in a motor action (e.g. when you put your hand on a hot stove you don’t have to make a decision to remove your hand. Your hand comes off along with the whole upper extremity with increased speed and intensity of movement).

(Refer to the visual of your two fingers being a blood vessel and a nerve and your hand being a muscle). When the muscle contracts, it tenses up to stop the sensation of pain. It squeezes on the blood vessel, irritates the nerve, then, contracts harder because of the nerve irritation. It builds up the waste products, which irritates the nerve more, which causes an increase in the muscle contraction and continues the cycle of the pain, spasm, pain cycle mechanism.

When there is a constant stimulation to the body that is not detrimental, the brain will remove it from the somatosensory cortex. The body will ignore, or be unaware of the stimulation. (e.g. when you put pantyhose on, you’re not very comfortable. After a while, when you begin to take them off 8 hours later, you don’t know how you wore them all day. The brain is too busy and doesn’t want you to waste your energy on something that is not harmful). Therefore, tension when not harmful, is taken out of the awareness of the person’s experience.

Is an acronym for Specific Adaptions to Imposed Demands.

Skeletal muscles’ characteristics besides contraction also include conduction and elasticity. When muscle fibers rip, the body realizes this was an inappropriate arrangement and uses replacement tissue, which is fibrotic and less elastic. Most people only exercise in demanding the muscle to contract with an increase in weight increments.

Most people do not stretch enough. The body will recognize this increased demand on the tissue and try to strengthen the area by an increase in fascial adhesions and laying down more calcium at the tendinous attachments of the muscles. This actually creates a weakness on either side of the adhesion and sets the person up for injury from repetitive misuse and overuse of the muscle. You must restore elasticity to prevent further or new injury. (E.g. Ballerinas’ stretch at least 2 hours before and after a 1-2 hour performance.

WHY? To prevent injury!!

When there is a constant demand of a tonic contraction (steady partial contraction) on the muscle, the body will increase the fascial buildup around the muscle and the area of the imposed demand, to increase it’s strength without wasting muscle energy. (E.g. when you clean the skin off a chicken thigh, it comes off very easy in the middle until you get to the joints. At the site of movement, the area of imposed demand, the fascia is much thicker and you have to use effort to rip it off the bone).

E.G. Imaging you have a breast of chicken filet, and you wrap it up tightly with plastic wrap (acting as fascia), no matter how much you petrissage or effleurage the area, the muscle will not relax until you unwind the fascia.  Fascia gives shape and integrity to muscle tissue.  When you take the skin off of a whole chicken, the muscles don’t just fall off the bone.  The fascia holds it in place.

Hyperactivity of the Adrenal Glands

The body responds to all stress the same way by the release of the hormone Cortisol. Also known as hydrocortisone. Its’ primary function is an anti-inflammatory. When a person is in prolonged pain, increased amounts of this hormone are secreted. Cortisol is categorized as a Glucocorticoid. This means it has a role in glucose metabolism in the action of increasing blood glucose.

Hyperactivity of the Adrenal Glands (Continued)

When blood glucose levels increase, the body can only use so much, some is stored as glycogen (storagable sugar) and the rest is turned to fat. It is very common for an increase in weight gain between 20-40 lbs. within the first three to six months of injury. Also, stress is the common denominator for the adult onset of diabetes mellitus, due to the constant increase of blood glucose levels (hyperglycemia).

One of the body’s responses to stress (no matter what the cause) is the release of the hormone Cortisol. Hyper secretions of this hormone result in the white blood cells not being able to recognize each other as part of the same body. They will attack each other thinking they are invading antigens. This results in decreased immunity and a propensity to be vulnerable to illness and infections.

Muscles require a lot of energy to contract. The body will have to pull the energy from elsewhere to allow the muscles to perform as needed. (E.g. I had an Alzheimer patient that slept 20 hours a day. She had experienced 2 strokes and as a result, sustained full body contracture. I had to unwind the extremities and literally hold them down until they stop contracting. After two weeks of treatment, my patient was able to stay awake for ten hours a day, because she wasn’t wasting energy to maintain her contractures).

Erythema is a secondary response of a localized redness due to a histamine release. Histamines are released to neutralize toxins by surrounding them and encapsulating them and also causing inflammation to the area so that there will be a migration of white blood cells to the affected area. This prevents the toxins from entering the blood vascular system so that the other organs of elimination are not overworked. (e.g. When a person that is allergic to bee stings gets bitten, they have a complete systemic release of histamines to neutralize the poison from entering into the blood. All tissues swell to stop the poison).

People that are toxic from muscle contraction or poor nutrition (includes smoking, food quality, water quality, air quality, drugs, alcohol, etc.) will usually display localized redness after being treated. If the redness persists and becomes blotchy and hot, it usually is an indication that they are toxic and need to support the elimination process. If they have a pre-existing vulnerability, and don’t support the elimination process, they will probably experience an exacerbation of their condition.

It is necessary to support the elimination process as long as a patient is not medically challenged by their choice of action of detoxification. Appropriate choice can be, but not limited to:

Increase in sweating out the toxins ? Epsom salt baths ? Chelating vitamins and minerals

When a whole muscle organ reaches a threshold of a stimulus and every fiber contracts to its fullest extent, and latently every fiber relaxes fully.

Ways to cause a twitch reflex:

When an agonist contracts, the antagonistic muscle has to relax in order for movement to take place.

Initiating the Process of Diffusion from Tissue Cells to Blood

Fascial wringing – To compress the tissue and wring around a vertical axis.

Fascial Kinetics – Compress the tissue with either a proximal or distal tension while muscle is in its shortened position. Have client move muscle into a lengthened position while holding compression with tension.

Compression is from an osseous or cartilaginous structure (bone or disc) sitting on a nerve. Generally people will be leaning antalgic (away from their pain). In the acute stages of compression, massage would be contraindicated unless supervised by an attending physician.

Entrapment is from muscle tension or subcutaneous adhesions. People will be leaning towards their pain to reduce the tension on the nerve. Massage is indicated and very effective for this condition. 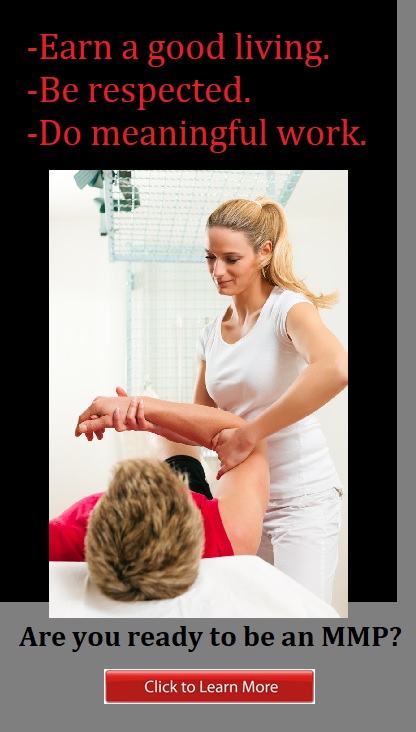 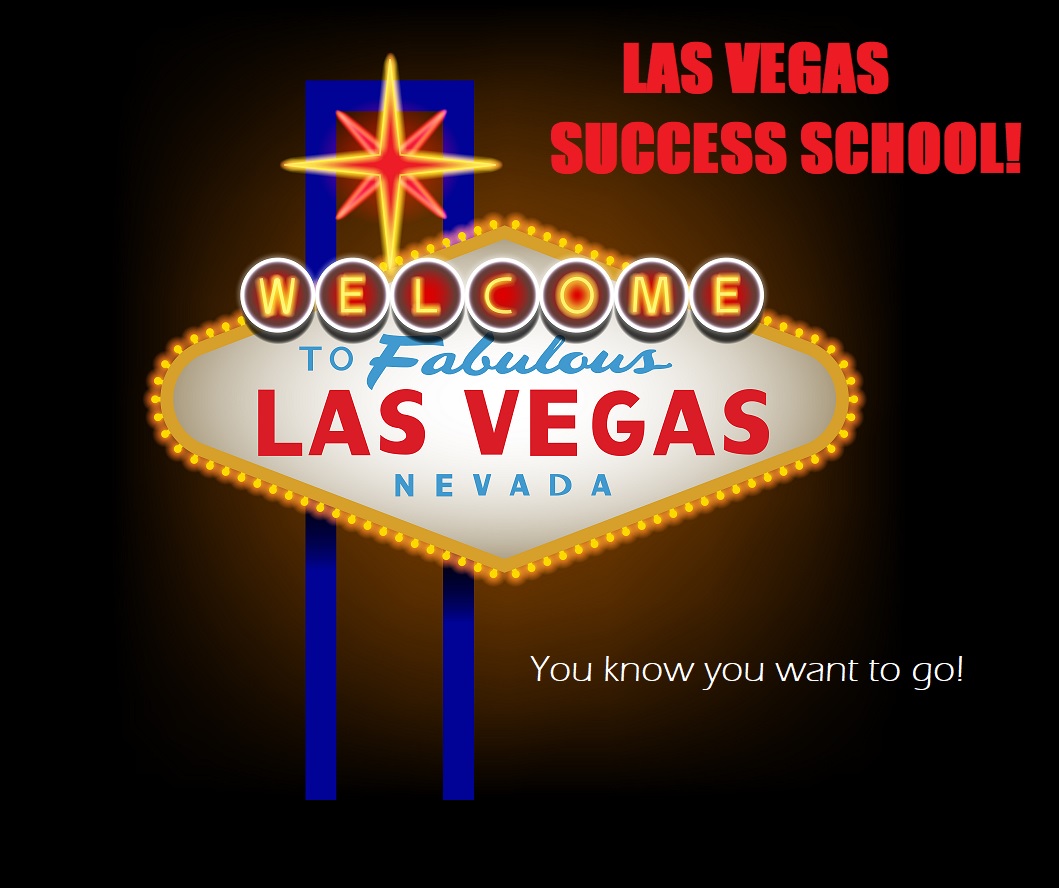